New Books for the Library!

The nice people over at AUDIO VISUAL CENTRE have donated a number of awesome books to the library. The titles are varied: sports, history, science, entertainment, astronomy, biology. They are beautiful books (as one expects from DK) that will enrich the library's reference section and are sure to prove invaluable to the students. 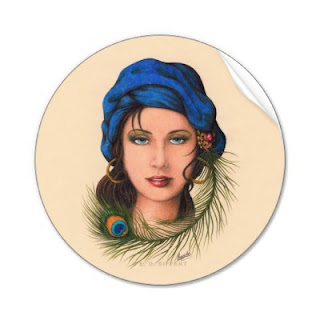 Esmeralda and her puppy were hiding in the bushes, hoping that the angry crowd would go away. They were after the girl because they wanted to put her to death.

Esmeralda was a gypsy and people believed that all gypsies were thieves. But Esmeralda was not a thief and in order to earn pennies she organized shows and dances with Yuri. This angered the people so they decided to kill her, which is why she was hiding. There, in the bushes she stayed, until Mr. Dobblin spotted her.

She took her bundle of clothes and whispered to Yuri: “Someday this will end. The sooner we go, the sooner it will happen.”

They reached a field of wild horses. She looked for her horse, Bluebell.

Luckily she found him, and lifted herself up. Yuri and her bundle of clothes were with her and so they galloped off. Only when they reached did they stop for a rest.

She knew she was safe here. In they were celebrating the birthday of Captain Grainger, a famous captain who fought and won a battle against gypsies.

Actors and dancers were invited to perform. Esmeralda, who knew nothing of the captain’s hatred towards gypsies, wanted to join in the celebration and so she danced along with the French. She made a show that included singing, dancing and some tricks she had taught to Yuri.

Claude, one of Grainger’s friends, fell in love with the girl. They became good friends but she loved the captain and not Claude. The captain was in love with her too and soon enough, proposed to Esmeralda.

They were married and lived happily but one day the servant of the captain heard Esmeralda tell her awful tale to herself, while riding on a horse. The servant told the captain about it and the captain forgot all about his love for Esmeralda.

She was taken to prison with all the other gypsies. They were going to cut her head off.

She was puzzled and no longer loved the captain. But she didn’t stay in prison for long as Claude rescued her.

He bought a piece of land where they hid and built a high wall which only he knew how to go through. Then, together with Esmeralda and Yuri, he built a house. Claude took care of the two. Yuri guarded the house from wild animals and he slept on a cushion next to Esmeralda. Esmeralda made crafts that Claude sold at the market for 10 gold pieces.

Esmeralda started loving Claude the way he loved her. But alas, one day Grainger found Esmeralda. He grew suspicious seeing Claude selling all those crafts at the market, and followed him to the house. The captain arrested the three of them and wanted to have them hanged. But before the hanging, Esmeralda asked the people:

“Why should I be hanged. I did not steal, like the other gypsies, and I’ve been a good wife to the captain, but in his hatred, he forgot how to love.”

The people realised how unfair the captain had been to his wife and was punished. As for Claude, he married Esmeralda and the two of them and Yuri lived in their house. The wall was removed.

With all the money they earned from selling crafts, they bought a lot of new furniture.

They continued selling crafts and started making up shows.

Posted by Library at 9:11 am No comments:

A live feature film (in 3D!) chronicling the adventures of our favourite naughty boy is in post-production. This means that Horrid Henry's first foray into film is ready and the technicians are adding the finishing touches. It should be out for Summer. :)
Here is what the people at IGN MOVIES have to say about it:
The film sees Horrid Henry, Lord High Majesty of the Purple Hand Gang, waging his ever constant battle against the tyranny of adults, only this time it seems the adults really are out to get him!

Horrid Henry was created by author Francesca Simon and is the most successful children's literary character in the UK after Harry Potter, with book sales of more than 16 million.

(Trailer below is courtesy of TrailerSpy.)