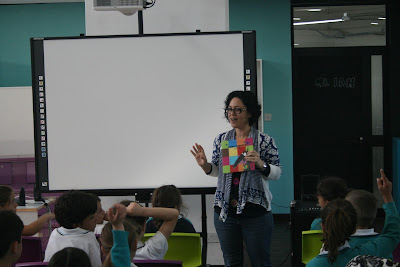 Clare Azzopardi, one of the most prolific and most popular authors, visited San Anton School to meet with the Grade 4 students.

Ms Azzopardi introduced her friend Lupu Lupettu to the students even though a substantial number of them knew him already, having read the books. The adventures of the energetic wolf are written by French author Orianne Lallemande, and Ms Azzopardi translated them into Maltese.

The Grade 4 students were then treated to two stories, this time from picture books penned by Ms Azzopardi. The first one was Mingu, the tale of a family who finds an injured flamingo that was shot by a hunter. The second was Il-Qtates ta' max-Xatt, about an elderly couple who feed a colony of cats.

Finally, Ms Azzopardi was kind enough to sign the children's books. It was a great day for the Grade 4s, one that they won't easily forget.

*This visit was made possible thanks to Merlin Publishers. 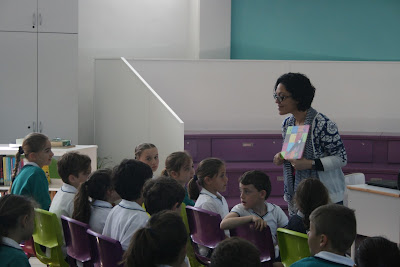 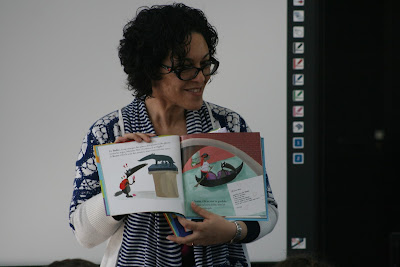 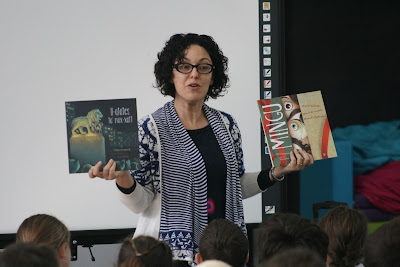 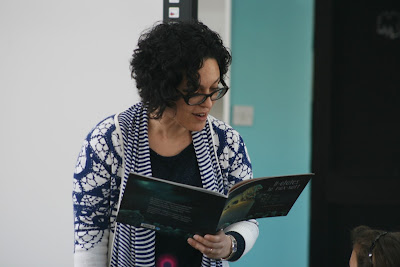 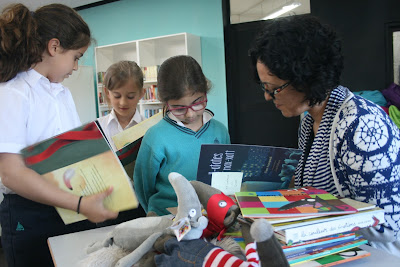 Posted by Library at 1:35 pm No comments: 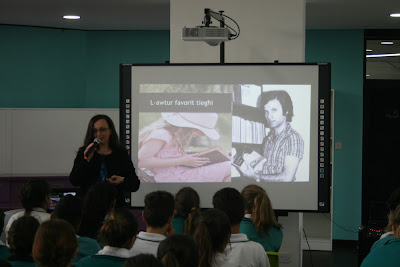 Antoinette Borġ has taken the local literary scene by storm. Her debut novel, Fittixni, was a runaway critical and commercial success, not only with children (its intended target audience) but also with adults. A few months after its launch, Ms Borġ was announced as one of the two winners of the Literary Contest of Novels for Youth, organised by Aġenzija Żgħażagħ and Il-Kunsill Nazzjonali tal-Ktieb. So it was a great honour to have her over at San Anton School to meet the Grade 9 students.

Fittixni is a story whose plot hinges on intertextuality. It is not a requirement to be familiar with the other text that acts as counterpoint to Ms Borġ's novel (Fr Wistin Born's Is-Salib tal-Fidda) in order to fully understand what's going on - however it was quite fitting that Ms Borġ's presentation was peppered with personal anecdotes that shed light on the creative process which culminated in Fittixni.

Ms Borġ was helping her son with a school project involving three Trevor Żahra novels, and after (re-) reading them herself, she got an idea for her own story. After much deliberation and mulling over, she finally sat down and started writing.

The students were given an assignment related to a major theme of the book, getting in touch with one's roots. They wrote a brief biography of an ancestor and some of them were lucky enough to read it in front of Ms Borġ and the rest of the Grade.

It was a memorable event that both the teachers and the students thoroughly enjoyed.

*This visit was done in conjunction with Merlin Publishers. 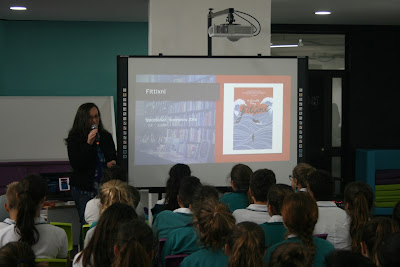 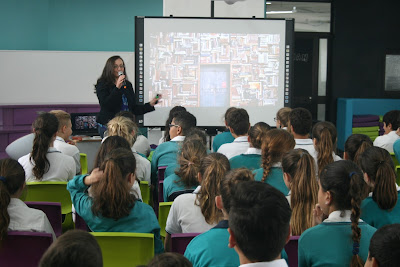 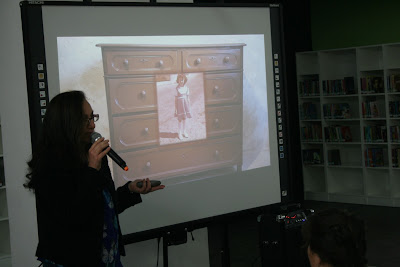 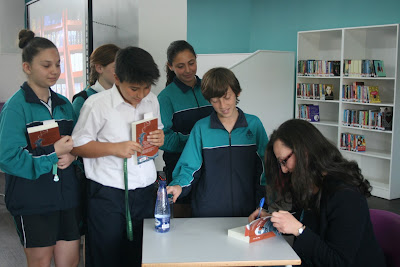