Christmas at the Flat 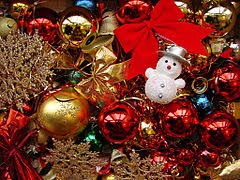 I sat on the sofa playing with my rubber band. After a few minutes of doing nothing, I took another tour of my new flat.

It was hardly entertaining, seeing the same boring grey flat everyday. It had only been one week since I moved in with my mum. One week away from Christmas, one week after my parents decided to separate.

My mum did everything to cheer me up: she bought me clothes, took me to restaurants, stuff like that. It was kind of her, considering we were pressed for money.

Why would she think some clothes and my favourite ice-cream would cheer me up? Well, normally they would, but not this time.

I couldn’t sleep. Every night I lay in bed, tossing and turning. I even pinched myself to wake up from this nightmare of a life.

After what seemed like a century, Christmas Eve came. It was a special night. The first night I ever got some sleep. I woke up in the morning to see a colourful dining room with two bright chandeliers, the wall painted violet, stockings hanging up on the wall and I got a whiff of the roast turkey in the oven.

Hmm, maybe I’ll enjoy this Xmas after all! 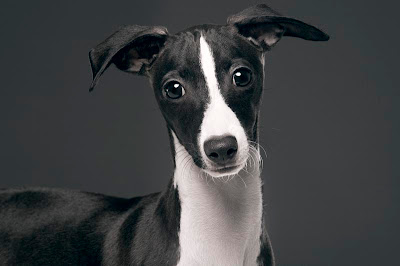 I like dogs tall and small - they all like to play with a ball.
Doberman, Labrador, Pitbull or Pug, I like to give them all a hug.
Boxer, Daschound, Terrier, Alsation; but the one I love most is my Dalmatian, my Pepper, overall.
He's white with black spots like paper full of black ink dots, but with a special one right on top of his nose and tiny ones all over his paws.
He's now very frail as he's fourteen years old but if cats steal his food he's still pretty bold.
The dog is man's best friend I'm sure about that and I'll never exchange my dog with a cat.
World Book Week 2011
Poetry Competition FIRST PLACE
Adriel Camilleri
Posted by Library at 10:28 am No comments:

Over at Yahoo! Movies there's quite a number of terrifyingly awesome pictures from the last Harry Potter film to hit the screens on the 15th of July. And these include a number of stunning new posters featuring the main Pottster protagonists.
Click HERE to have a look. 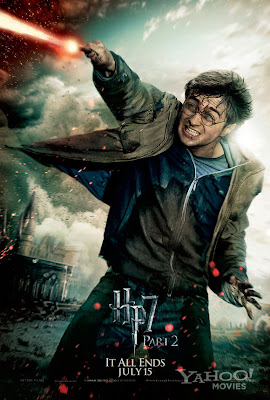 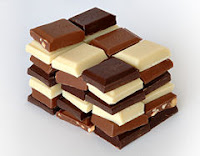 A Change of Life 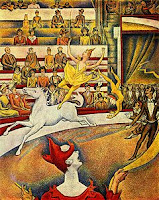 I'm Katelynn, I lived at the Stonestars Orphanage. I have a dog called Pinny, she's a Labrador. So here's my story...
At my orphanage we were not allowed to keep dogs so I was playing with Pinny at the back of the building. Suddenly Mrs Peterson, the Orphan Mother, called me for lunch, and Pinny ran away because she knew that voice!
Later, after lunch, I brought a hoola hoop and held it low. Pinny managed to jump through. I put it higher and higher and she managed every time!
Strangely enough, there was a circus director standing nearby watching me and Pinny, and he told me: 'Dear girl, you and your dog have a great talent, you are what I am seeking for my circus!'
I told him: 'Yes, I would love to! But I must ask the Orphan Mother first.' So I ran off to Mrs Peterson. I asked her and she said: 'Of course, but who is Pinny?'
I answered very quietly: 'My dog.'
She shouted at me and sent the director away but behind her back he gave me a telephone number. The next day I packed some clothes, wrote a letter, left it on my cushion and the director helped me out of the window.
When we arrived at the circus, I was shown to my very own wagon. As I was settling in, I heard somebody shouting outside.
Moments later, Mrs Peterson came in and hugged me goodbye.
I started practising new tricks with Pinny and three months later I had my first show. I did my hair red and curly. I put on a glittery tourqouise hair-band with a pink rose, and the same for a bangle. I wore a silver leotard and silver ballerinas.
I noticed that the entire orphanage came to see my number! I saw them in the audience and I waved!
At the end of the show I asked for a microphone and said that I missed my friends at the orphanage very much and that they should come visit me one day.
When everyone left I lay down in my wagon and thought about how happy and lucky I was and that I had a wonderful future ahead of me.
I guess this really was a change of life!
World Book Week
Short Story Competition Runner-up
Lisa Hirth
Posted by Library at 9:00 am No comments:

I saw a Cat

I saw a cat chasing a rat.
The cat was so fat
That he fell and went Splat!
He gave up. Then saw a bat.
He tried to jump but he was
too fat.
The cat was hairy;
to the rat and the bat he was scary!
World Book Week 2011
Poetry Competition Runner-up
Zak Muscat
Posted by Library at 9:41 am No comments:

The Mystery of the Mummy's Treasure

Joe, Lee, Samantha and Catherine went on a trip to Egypt with their parents. They had been waiting eagerly for this holiday and it was the one they would never forget.
It was Saturday and Lee stepped out of the plane. He was so glad to be in Egypt. Lee loved studying history and his favourite topic was Ancient Egypt.
He was joined by the others and they called a taxi. First they went to the inn where they were staying and then left to go to the Egyptian Museum.
There was a lot of information about mummies. On display there was a note that was written to the Pharaoh Tutankhamun. It said that when he would die he would be gifted with lots of gold.When the children had a look at it and read it they had an idea, an adventurous idea.
The next day the children were supposed to go to visit the Capital City but they asked their parents to go see the pyramids instead. After ten minutes of pleading, their parents said yes so they were off to the pyramids.
When they arrived the children were amazed! They couldn't believe how big the pyramids were! Their parents went around the pyramids slowly, talking to each other. While they were distracted, the four children ran away.
They looked for Tutankhamun's pyramid and when they found it they entered. They looked around the pyramid but saw nothing special. They kept on walking and they fell into several traps but after they finally managed to reach the tomb of the Pharaoh. The four children opened the tomb and out came a mummy.
Trembling with fear, they hid behind the throne. But the mummy didn't come for them, it just kept on walking. After the mummy was out of sight they looked inside the tomb and found the treasure. They carried it back and showed it to their parents who were surprised.
Then they went back to the inn for a nap.
This was the best adventure they had ever had! They will never forget this day!
World Book Week 2011
Short Story Competition Runner-up
Adrienne Gatt
Posted by Library at 9:12 am No comments:

There was a bunny bunny bunny
who was very funny funny funny.
He had a lot of money money money,
he kept it all in his tummy tummy tummy.
But he missed his mommy mommy mommy,
so he got married married married,
his wife in his arms he carried carried carried.
He had a baby baby baby,
who was called Maybe Maybe Maybe,
but he ran away from home home home,
and went all the way to Rome Rome Rome.
So there was this bunny bunny bunny...
World Book Week 2011
Poetry Competition Runner-up
Nicholas Galea
Posted by Library at 12:13 pm No comments:

Once there was a boy called Oswald and he had an old chair in the darkest corner of his room. It was decorated with wonderful gold leaf all around. One day he invited his friend over to his big lovely house. They went up to his room.
As soon as Oswald sat down on the chair, it started to glow. There was a flash of light and the room changed into what seemed to be a study with books of all kinds.
Books about dragons and giants and all sorts of magical creatures.
The boys were startled. They had no idea where they were and wondered whether they were ever going to see their parents again.
They opened the door and saw a huge staircase that looked like it went on forever. Oswald looked back and saw that the chair had gone. They took a few books with them as they knew it was a magical world.
When outside they realised that they were in a forest. This odd creature came up to them and said: 'I know where your chair is. Follow me on a quest and go back home.'
So the boys followed him. They got out of the forest and found the chair but one leg was missing. Oswald saw a creature running away with the leg. Luckily, the creature was friendly and gave them the leg back. He glued it back on and left.
When the boys got home Oswald said:'Phew, I'm glad we're back.'
World Book Week 2011
Short Story Competition Runner-up
Daniel Grech
Posted by Library at 11:51 am No comments:

In the deep blue sea
there's a strange whale
in the cold blue water
deep and bright and pale.
On the white ice
there sits a sea-lion
not like the one in Africa
this is not a fierce lion.
World Book Week 2011
Poetry Competition Runner-up
Alexander Hawkes
Posted by Library at 11:33 am No comments: 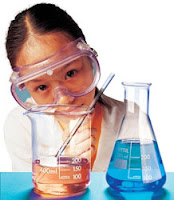 I am the best scientist in the world. I make a potion every day. Today's potion will bring dead flowers back to life. You just have to mix it with the water.
There, it's ready. I leave it on the table to settle. I need to go to the bathroom.
When my mother sees it and she puts it in the fridge. I come back from the bathroom. I am thirsty and I go to get a drink. There is some fruit juice, which is unusual, because my mother believes that it is unhealthy. I still drink it. A few minutes later I go for a nap.
When I wake up I go to the mirror to fix my hair and I have the biggest shock ever. I have become an old man! I have white hair, I am short, my face is wrinkly. And I am hairy all over!
I go to the doctor and he starts laughing. He tells me that since I am a scientist I should solve the problem myself.
I rush back home. It clicks that I must have drank the potion, thinking it was juice. I go back to my laboratory and do some more, keeping in mind that this time it has to work the other way round.
I drink it, hoping it will turn me back to my former self.
It does! I am back to being beautiful me. And, as my mum adds, stupid me.
World Book Week 2011
Short Story Competition Runner-up
Lisa Galea
Posted by Library at 10:56 am 4 comments: