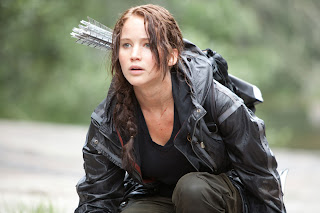 The film adaptation of Suzanne Collins's bestselling book The Hunger Games is out in the cinemas. At last!

This was certainly one of the most eagerly awaited films of the year. It is based on the first instalment of an enormously successful, award-winning trilogy that sold over 26 million books. The people involved in the film are top notch. Just think: the director is Gary Ross, the man who helmed Seabiscuit, the classic film about an amazing race horse. Also, the main actor is Jennifer Lawrence, one of the most promising newcomers who, at the age of 20, received an Oscar nomination, thus becoming the second youngest ever to be nominated for Best Actress. As if this wasn't impressive enough, the rest of the cast includes such stalwarts as Donald Sutherland, Woody Harrelson, Stanley Tucci and Lenny Kravitz. 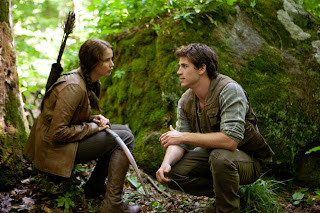 The film tells the story of Katniss Everdeen (played by Ms Lawrence) who lives in the coal mining region known as District 12. She is selected by a 'lottery' to take part in the annual Hunger Games, a fight between members of the different regions in which only one person remains alive. What is meant to be a straightforward brutal contest, takes an unexpected turn when Katniss refuses to give in to this horrendous spectacle. She prizes friendship, loyalty and human respect above everything else, therefore defying the organisers' expectations.


The trilogy, made up of The Hunger Games, Catching Fire and Mockingjay, is available from the green section in the library. The film is rated 12+.