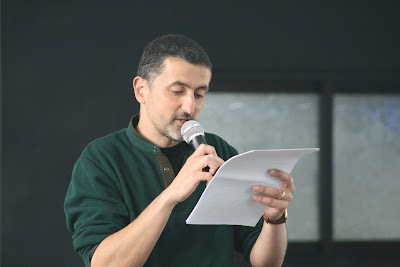 John Bonello, the award-winning author of titles such as the Il-Logħba tal-Allat trilogy and Irvin Vella: Investigatur Virtwali, popped over to meet the Grade 8 students.

The first book of the Irvin Vella series is used as a class reader and it was a runaway success. The children absolutely love it, and the titular character, with his insatiable appetite for anything that comes out of a kitchen, is very endearing.

Mr Bonello spoke to the students about what inspired him to write the first adventure of Irvin Vella, and also disclosed some 'secrets' about the second book, published last November. He also treated them to an exclusive reading from the as yet unpublished third instalment in the Irvin Vella series.

The Grade 8s had a school assignment to tie with Mr Bonello's visit. They were given the beginning of a mystery story which they had to finish off themselves. Their efforts were put up on a board and some of them were read out in front of Mr Bonello and the rest of the Grade.

*This visit was possible thanks to Merlin Publishers. 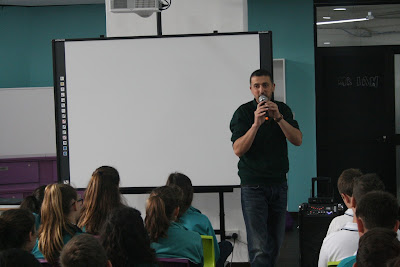 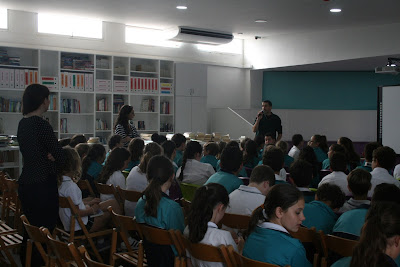 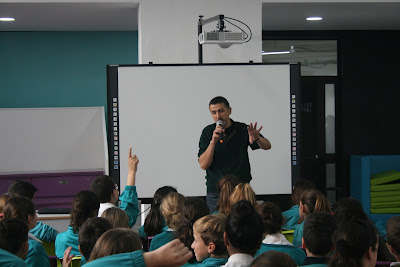 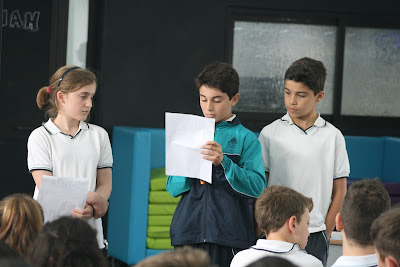 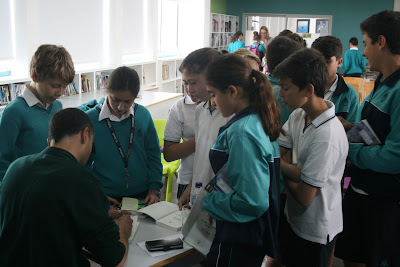 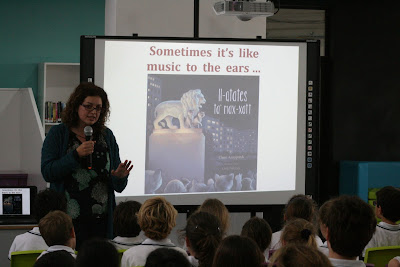 The Grade 5 students had a very special guest for World Book Week: Ms Rachel Portelli from Merlin Publishers. Ms Portelli spoke to the children about the varied and exciting world of publishing.

The students had a first-hand account of all the steps that a manuscript goes through after it's been submitted to the publisher. Some might think that it's a pretty straightforward process - author to publisher to printer to bookshop; but it's not that simple

Ms Portelli presented a very interesting analogy between films and books. They share similar characteristics (such as characters - actors, authors - scriptwriters, director - publisher, etc) and each of these requires the dedicated input of several hard-working individuals.

Ms Portelli peppered her talk with lively readings from Roald Dahl, David Walliams and Clare Azzopardi. It was a fun and informative session that the children thoroughly enjoyed.

*This visit was made possible thanks to Merlin Publishers. 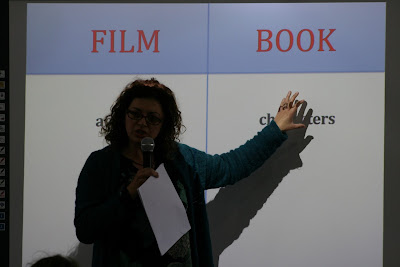 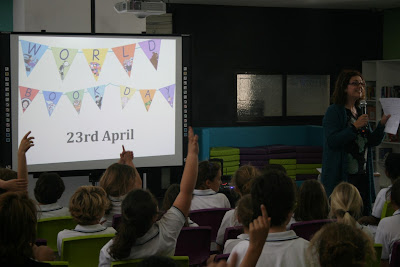 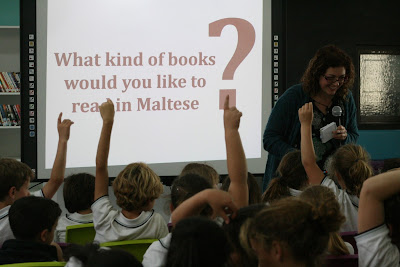 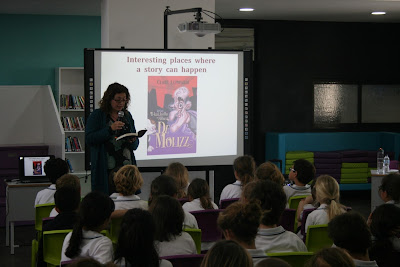 Posted by Library at 2:28 pm No comments: 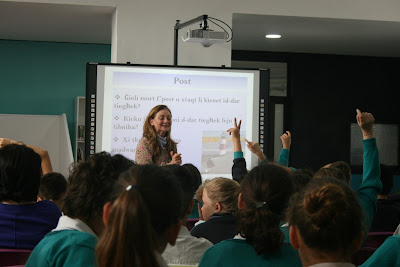 The award-winning author met with the Grade 7 students who were treated to an exciting creative writing workshop. Under the expert guidance of Ms Saliba, the students sketched a character profile of a portly, brave adventurer (called Noel) and his home - a multi-purpose, eco-friendly house that travelled on mechanical legs that could be fitted with snow boots for colder temperatures.

The students loved every second of this exercise and they got to experience some very important aspects of creative writing - character and world building, and how these influence each other and the structure/direction that the narrative might take.

The students had a wonderful time and wouldn't stop asking questions and commenting on the various aspects of the story-writing process. The session ended with Ms Saliba signing copies of her recently released novel, Żiffa Mqarba f'Ħal Buffura.

*This visit was possible thanks to BDL. 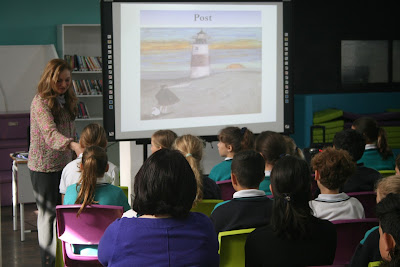 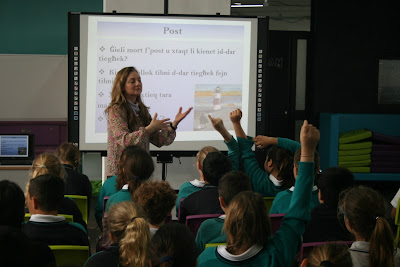 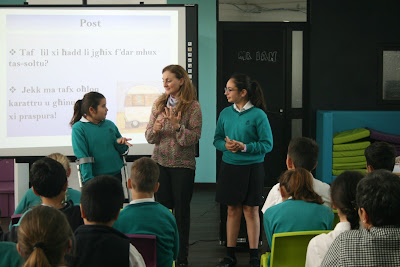 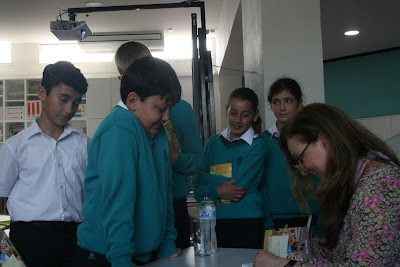