Another villain from the Gallery has been identified:

Count Olaf from The Series of Unfortunate Events by Lemony Snicket!

And it was Dylan M. who apprehended him! 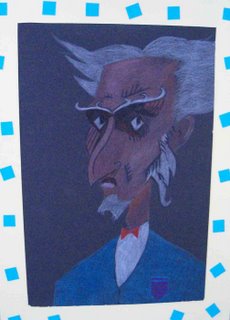 Posted by Library at 1:22 pm No comments:

Last Wednesday there was a hubbub of activity going on in the library. The Christian youth group Y4J (Youth for Jesus) were invited over by the Senior School Religion Department to animate a Mass for the Grade 11s. There was singing and praying; there were some games and a lot of general good feeling. The students enjoyed themselves immensely as did the animators. The response to the activities was fantastic and it was obvious that the students enjoyed every second of it.

It was a great two hours! Well done to all involved! 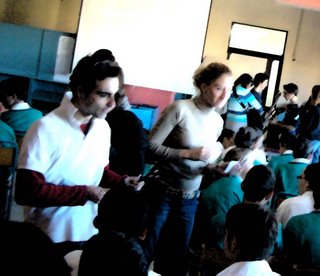 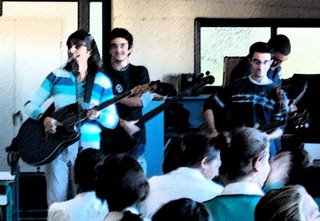 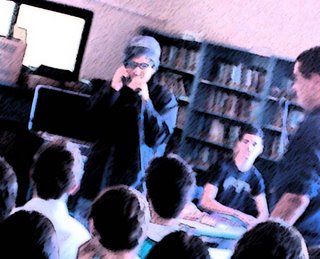 Posted by Library at 9:46 am No comments:

Another six villains from the display have been identified:


So now there have been seven villains in all whose identity has been unmasked.

Posted by Library at 8:39 am No comments:

Eragon, the novel written by Christopher Paolini proved to be a great success. It was the first instalment of The Inheritance Trilogy and Christopher started writing this story when he was merely 15 years old! Imagine that!

Seeing that the book was a success it was not long before they decided to adapt it into a film.


And it's coming out this December 15th!

And it looks awesome!

And you can watch the trailer over here! 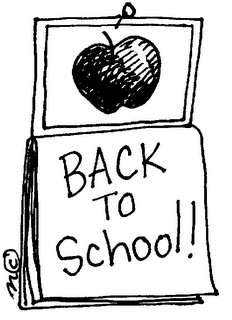 And we're all back to school once again. As always, Summer flies like crazy. Some might take this badly, wanting the holidays, the sea, the sun and the sweet-doing-nothing never to end. But the fact that these three months passed so quickly means that you have been enjoying them... and deservedly so. After a whole scholastic year juggling between homework and study, a nice long break is a just reward. And this goes for the teachers as well!

Anyhow, the library is in a pretty barren state. There are hardly any posters up, something that will be remedied soon enough in the coming weeks. The walls and the shelves will soon display students' work done during the library sesions.

There is just one exception to the overall barrenness: the display. For this term, the chosen theme is VILLAINS. One can find numerous books in which the baddie is just as interesting and charming as the goodie. And just as important to the story. Can you imagine a world without Captain Hook or Magneto or Cruella de Vil?

The villains on display in the library are the Top Ten as voted by an online poll, to be mentioned (and acknowledged) in a later post. This is because there is an activity related to this display. A picture of each of the ten villains has been put up. However, none of them have been named; the students of San Anton have to try and identify the rogues themselves. The person who will manage to identify a villain, will get credit underneath the picture. Some of them are pretty easy to figure out, but a couple of them might prove a bit tricky. 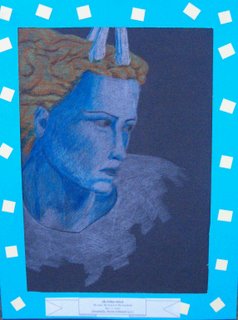 One of the villains has already been unmasked. It is the White Witch from the Chronicles of Narnia by C. S. Lewis. The person to identify it was Mattia.

Well done, Mattia!!
Posted by Library at 9:17 am No comments:

Brushing against the coat of silk smooth fur

Smells the air waiting for some prey,

Walking… through the forest all night and day,

Still searching for some prey,

Finally he finds something to eat

Will he change his luck today?

As he closes in the lowers his body

Barely visible to the human eye

Yet he is spotted and it runs away.

He is lying on the icy cold ground…

Dying today under the sunset sky.

A deep grumble runs over the still pond

A lazy eye runs over the cool green water

There’s a hum over the cool green water

Alone in the dark

Flying close to the water

The hum gets closer the patient hunter waits

In the water, the cool green water,

The hum is getting closer

A flash of his tongue and its gone

All over the water,

A deep rumble runs over the pond.

ALEX PACE
Posted by Library at 11:08 am No comments: 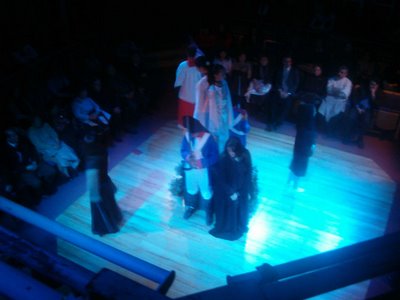 The Grade 11s are at the moment busy performing a play entitled HILITNA : GRAJJA U IDENTITA` at St. James Cavalier. The play is loosely based on the Maltese literature anthology called QAWSALLA.

The story, written and directed by Ms Aveline, tells of four friends who travel back in time to witness first hand some of the key moments in Maltese history. Amongst these are the Neolithic Era, the period when the island was under the Knights of St. John, and the Second World War. Through these travels the four friends manage to restore in themselves a lost sense of national pride.

Everyone involved in the production did a tremendous job. The play looks and feels right throughout. It really shows that the cast and the crew gave in their utmost towards the realisation of this production.

Posted by Library at 6:54 am No comments:

Hey!!! The P.E. Department of San Anton has just launched a fab website, full of info and photos. The address is the following :

Posted by Library at 3:21 pm No comments:

I Have A Dream 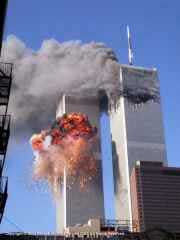 The 11th of September, a total disgrace… If only people would be people, if only they’d all agree to live a life. A life with no suffering! Attacks in and , not to mention others.

I do have a dream, a dream today. Let terrorism stop! Let it stop this instant! Let us all agree on at least one thing. The truth is we’ll all live in a better world. In a fresh forest, not a dry desert.

We’re all the same people; if we’re blacks and whites, or Jews and Gentiles, or Protestants and Catholics. We’re all the same. We’re equal. We are a living Earth. So let us live a life with no terrorism.

I have a dream. Let it be granted by us, the unification of people. Let it be done by time, and we will thank our Father at the end and say with no arguments: Terrorism stopped! Terrorism ended!

Posted by Library at 9:30 am No comments: