Rita Antoinette Borġ, the author of Taqsamx it-Triq, Fuxa and Rebecca's Choice, amongst other titles, accepted our invitation for the second year running.
She started off by introducing her parrot friend Pepito, a lively puppet that hails all the way from South America. The Grade 4s were keen to mention other animals that live in the same region as Pepito's, such as the caiman, the anaconda, the cougar and the macaw.

Ms Borġ then read her story about Fuxa, a timid hedgehog who tries to cross the road amidst the busy traffic of rush hour. After much trepidation and concern, the tiny animal finally makes it to the other side, to the relief of all her friends and family.
Finally, Ms Borġ read an excerpt from one of her favourite books by one of her favourite authors: The Tale of Desperaux by Kate Di Camillo.
It was a great way to spend a morning and the children enjoyed Ms Borġ's visit tremendously.
The Grade 5s were in for a surprise because Marisa Attard, one of the best local illustrators, came over and treated them to an art workshop.

Ms Attard's portfolio is vast and includes such titles as Bongi Wongi u versi oħra għat-tfal and Ir-Razzett tan-Nannu Turu. She brought a sample of her work to show around and the children were amazed to see that Ms Attard is the person behind some of their favourite illustrations.
Ms Attard introduced herself by drawing a self-portrait. She then proceeded to sketch some characters displaying a particular emotion, and the children had to follow suit. It was wondrous to see with what glee the students took to this task, and everyone was keen to add his or her particular touches to the characters.

What followed was a drawing-by-request session. The Grade 5s were asking Ms Attard to draw something for them, which she did, and then they had to copy what she did or do their own version. So the library was full of drawings of dogs, lions, cats and people doing fun things.
It was a great session and one that the children will surely treasure.
RITA ANTOINETTE BORĠ WEBSITE
MARISA ATTARD WEBSITE
Posted by Library at 10:28 am No comments: 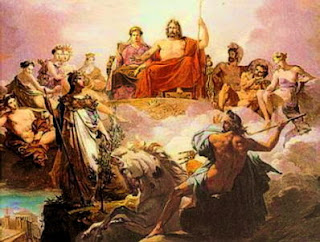 Kyle Cuschieri
Posted by Library at 1:10 pm No comments: 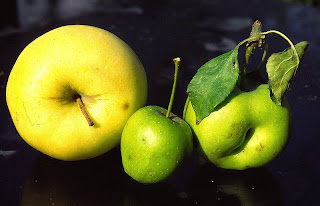 Once upon a time there was an apple tree. A little girl named Rebecca said: "I want an apple." But her mother said no. So then she went to her father. But her father said no too. So she felt very sad.
Then she remembered her cousin's house. But even he said "No, you can't have an apple." Then she remembered her other cousin but she said no too. Then she went to ask her grandma but it was no use because she said no too. So she went to her grandpa and finally (phew!) he said: "yes, you can have an apple from the apple tree."
When she went to pick an apple from the tree, her mother came and she told her she wasn't allowed to eat apples from the tree so Rebecca said that her grandpa had given her permission. Her mother was very angry. Rebecca told her father and even he was cross with her. Then she went to her cousin's house to tell him that she picked an apple from the apple tree. She expected him to be glad but he was furious. So she tried her luck with her other cousin. But she was as furious as her mother. So she tried at her grandma's house. She was VERY cross.
Finally she went back to her grandpa's house. Fingers crossed! When she told him he laughed out loud and said: "You silly girl! It was only a joke! You can't really have one!"
"Ok. Sorry for picking an apple from the apple tree. Goodbye!" she replied.
by Ylenia Coleiro
Posted by Library at 8:51 am No comments: