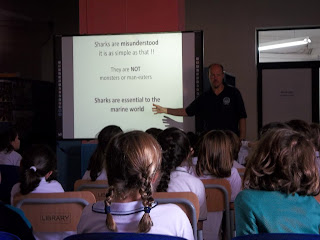 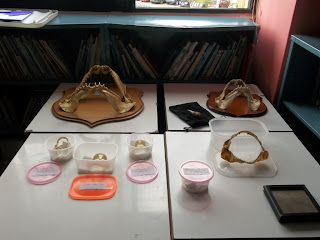 Of Spies and Dogs... 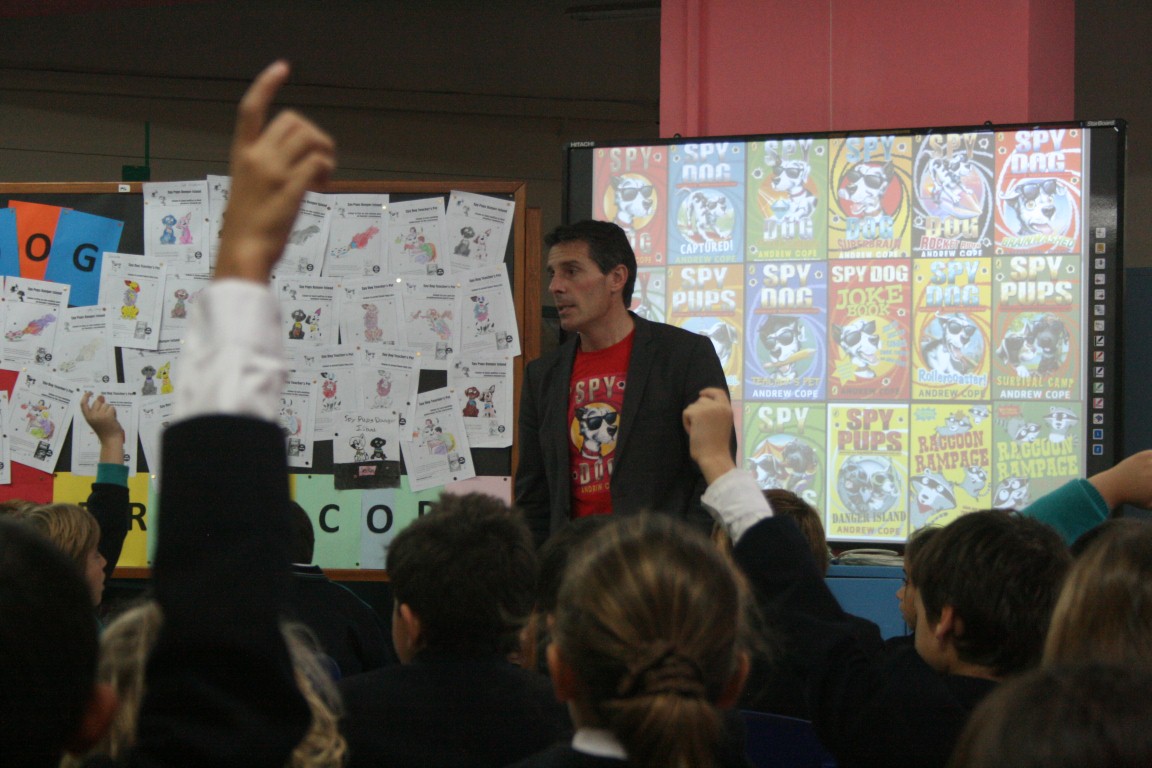 Andrew Cope, the well-known author behind the Spy Dog series of books, visited San Anton School to have a talk and a chat with the Grade 6s.

The students were really excited at the prospect of meeting Mr Cope. Most of them were already familiar with the exploits of L.A.R.A. (short for Licensed Assault and Rescue Animal), the titular Spy Dog. Lara is the first ever canine secret agent and it turns out that she's really good at it. She is endlessly resourceful, exceptionally trained and always on the lookout for wrongs that need to be righted.

Mr Cope revealed that the inspiration behind Lara was his own dog. One evening, whilst watching a James Bond film, his eye fell upon the sleeping pooch. The overwhelming contrast between the intrepid MI6 agent and the indolent dog proved to be a sort of an epiphany: "What if my dog's behaviour is just a front? What if she's really a spy? What if, unbeknownst to me, she spends her time chasing villains and saving the world?" And it was thus that Spy Dog was born. 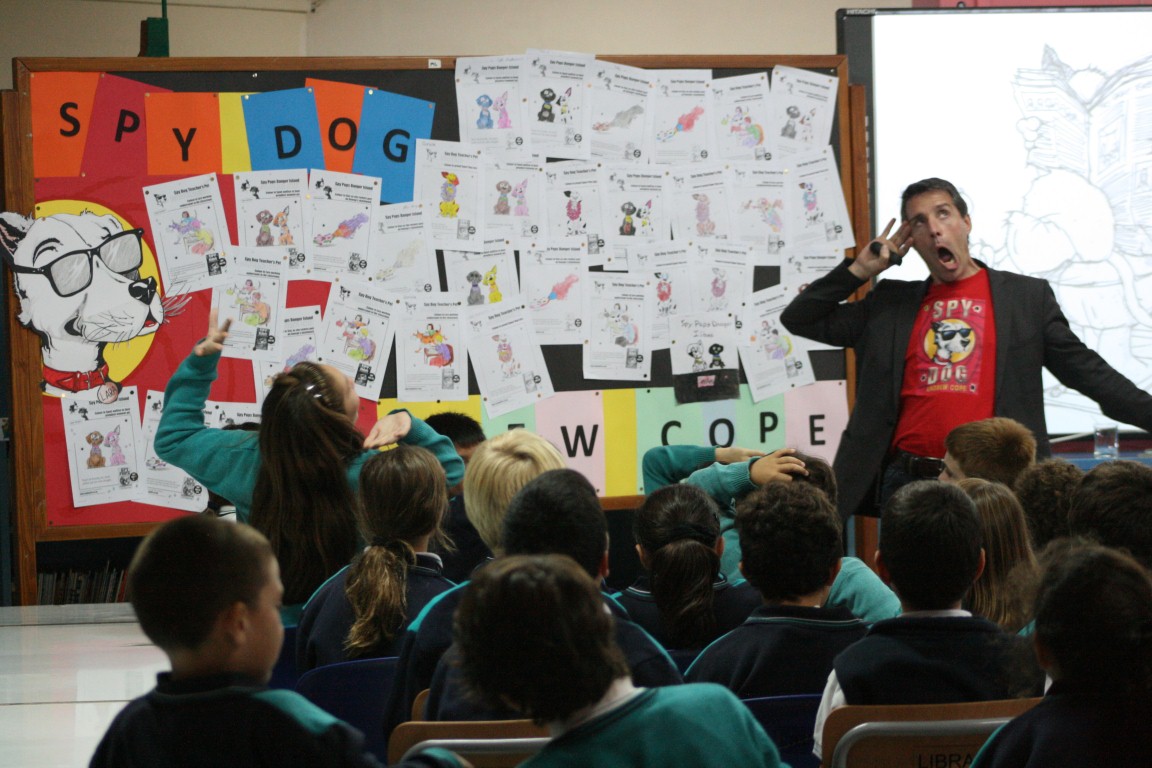 However, even though Mr Cope enjoys writing, he is the first to admit that writing involves a lot of elbow grease and commitment. Some books may be easy to read but they're most definitely not that easy to write. One needs to manage his/her time effectively, establish a routine, and stick to it. Before long, the work will start piling up nicely; all the sacrifices would have been worth it.

The students were also treated to some inside information. Besides Spy Dog, Mr Cope writes a spin-off about Spy Pups and in the not-so-distant future there is also going to be a Spy Cat! How will the resourcefulness of a dog compare to the cunning of a cat? Well, that is certainly something to look out for.

The Grade 6s enjoyed Mr Cope's visit immensely. They were excited and enthusiastic before meeting him, even more so after. Now, back to accessing those Spy Dog books... 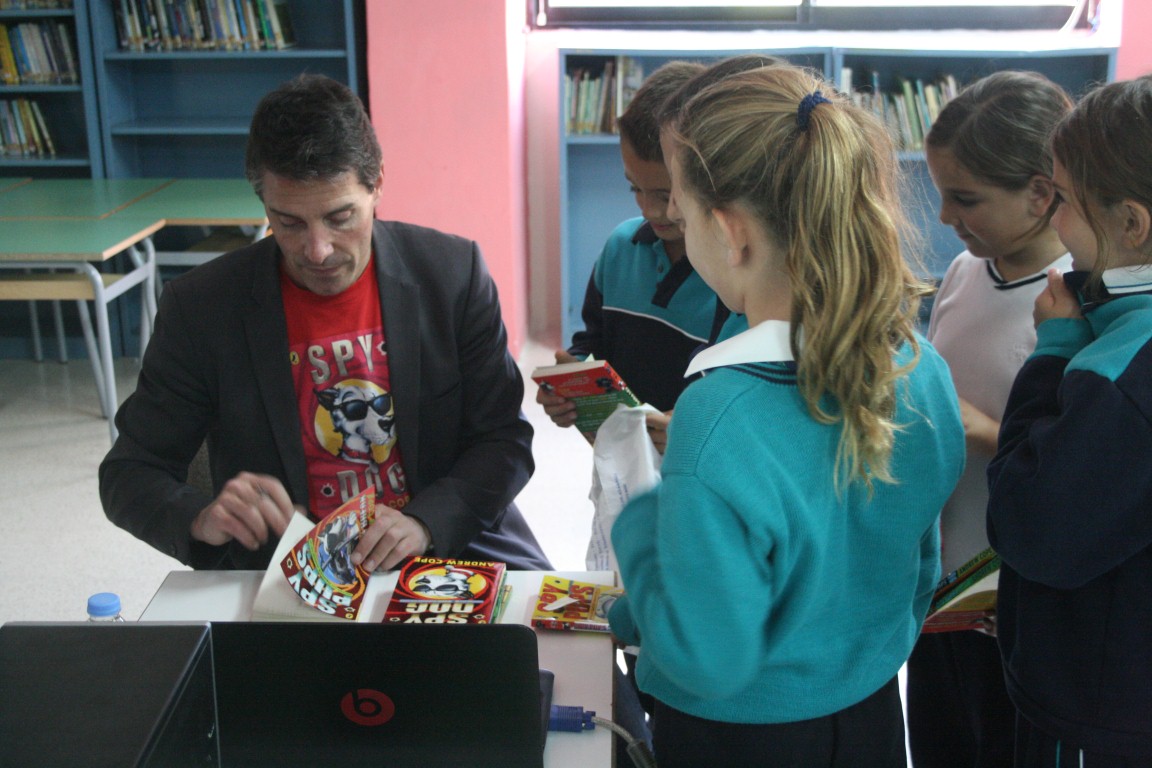