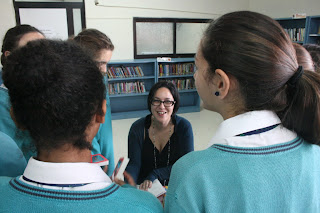 As has now become customary, a number of local authors visited San Anton School during World Book Week. First in line was Clare Azzopardi, one of the best Maltese authors, who last November launched her very first YA (Young Adult) novel, Frejp. As the title states, the story revolves around two girls who steal their former friend's mobile phone and use it to hack into her Facebook account, with devastating consequences. It is a book that speaks volumes about the value of friendship and how hard, but ultimately rewarding, it is to build a true and honest rapport with someone. 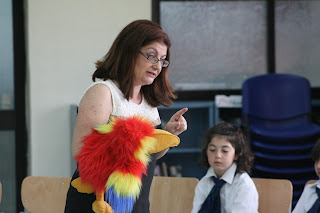 Rita Antoinette Borġ also brought her latest book with her even though her audience was much younger. Meg is the titular hero of Meg the Egg, a book that tells the tale of a little chick who finds the outside world overwhelming and doesn't want to hatch. However, when the nefarious Howl steals mother hen, Meg has no choice but to become the hero that she truly is. 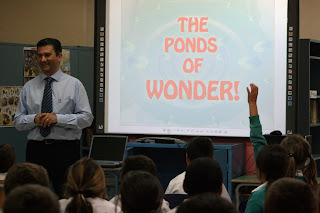 Brian Abela, the author of Ponds of Wonder, entertained his audience, the Grade 5s, with numerous anecdotes about how he became an author. You could hear a pin drop as he recalled the short story he had to write for a class credit and which got his teacher's praise and eventually encouraged Mr Abela to put finger to keyboard. 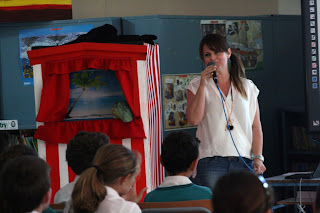 Finally, Rachel Balzan Demajo came over to meet the Grade 7s and to present to them her very first literary endeavor. The book, called The Golden Lizard,  tells the tale of Billie who finds herself stranded on a mesmerising island in Moorea. The children were dazzled by Ms Balzan Demajo's delivery, peppered with the genial interventions of her friend the lizard.

It was a great week, with lots of exciting activities and guest authors. As always, the students enjoyed every minute of it and they can't wait for next year's World Book Week!
Posted by Library at 3:01 pm No comments: