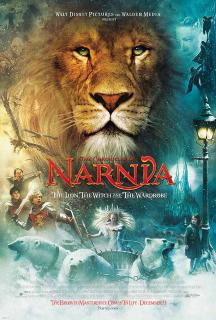 This December 9th will see the worldwide release of the film adaptation of one of C S Lewis’s classic tales of Narnia.

The film is called The Chronicles of Narnia : The Lion, The Witch and The Wardrobe and it is going to be based mostly on the second book. The reason for this is simple. The first book of the series, The Magician’s Nephew, was in actual fact the sixth book that was published, way back in 1955. But the book is really a late introduction to the rest of the tales, so it has since been repositioned as book number one. The producers of the film decided to follow the original suit, and hence started filming with The Lion, The Witch and The Wardrobe.

The story recounts the tale of the four Pevensie children, Peter, Susan, Edmund and Lucy who, because of the German air raids over London during World War Two, are sent to live with the eccentric Professor Digory Kirke. The Professor happens to own a very strange wardrobe. One day Lucy peers into it and is transported to the snowy land of Narnia. Here she discovers that this beautiful land is in actual fact under the evil influence of Jadis the White Witch who proclaimed that it shall always be winter (but with no Christmas) in Narnia. And the story goes on...

This film is surely going to be awesome, and people who enjoyed The Lord of the Rings trilogy and the Harry Potter movies are sure to lap this up. Just a small aside: the film is directed by Andrew Adamson, the same fellow who did the Shrek movies!
-----Ò-----
The Chronicles of Narnia : The Lion, The Witch and The Wardrobe (2005)
Directed by Andrew Adamson
Starring :
Georgie Henley as Lucy Pevensie
William Moseley as Peter Pevensie
Skandar Keynes as Edmund Pevensie
Anna Popplewell as Susan Pevensie
Tilda Swinton as Jadis the White Witch
-----Ò-----
Information for this blog was taken from the following sources:

The Internet Movie Database
Narniaweb.com
The Official Website of the Movie
Into The Wardrobe : a C S Lewis Web Site
Posted by Library at 12:35 pm