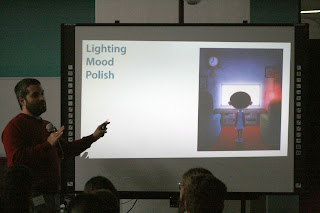 Illustrator and animator Matt Stroud visited San Anton School to meet with the Grade 10 students. He spoke to them about his personal journey through various forms and styles of illustration and animation.

Mr Stroud embarked on a career in illustration through the usual channels (ie post secondary education) and then pursued it further abroad. Early on he was very interested in 3D illustration,inspired by the likes of Pixar; but, as time went by, he explored different avenues until he settled on his current, idiosyncratic style.

Inspiration comes in many forms and guises and Mr Stroud insisted on the importance of keeping a portfolio of images. In the early stages of his career he used to draw pictures in the style of the animators and illustrators that he admired, a very important step, because through copying one is exposed to an array of very important skills.

Next, Mr Stroud walked the students through the process of illustrating. First comes the sketching phase, using good old pencil and paper. The drawing is then transferred to a digital platform where it is altered accordingly. When working for a client, it is wise to present different versions of the same concept. In the long run, it saves time in laborious, later edits and, more importantly, opens up the work to discussion, which can be extremely fruitful. The work then progresses in stages: deciding on a palette, lighting, mood, etc, until the illustrator and the client agree on the final product.

It was a very informative and entertaining talk, and the students were engaged throughout. Hopefully some of them will be inspired to follow in Mr Stroud's steps! 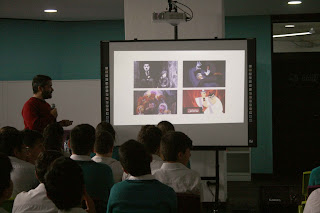 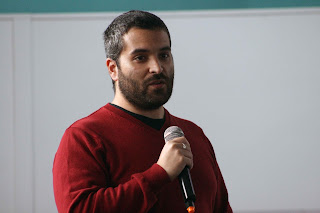 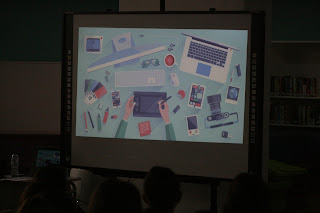 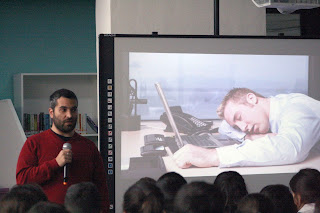 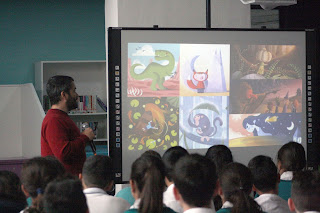