A Life You Don't Want

This story is about a boy called Amit who lived in Iran. When he was twelve years old his father was given a promotion and so he had to move to Sweden to make enough money and keep his family alive. They were very poor.

Sweden was very far from Iran so they had to travel on a plane for a whole day. Amit was an adventurous boy and he didn't mind traveling one little bit. Back home he would explore the wilderness, looking for wild animals in tall grass. His brother, on the other hand, preferred to stay inside and read some of their father's old books.

Amit's father was a doctor but he didn't like his job because he wasn't paid enough. As a result of this, Amit's mum had to work in the fields!

One day, as they were having dinner, they received a letter from hospital. The letter said that Amit's father was offered a job in Sweden. The family didn't know what to do but after a couple of weeks they decided to take the offer.

Amit and his brother were not happy about the decision and they ran away. A week later they came back. They were very sorry for what they did and agreed to go to Sweden. They couldn't leave all of them at once and so Amit and his brother had to travel alone.

It was Amit's first time on a plane and he was very nervous. He couldn't sleep. At the stroke of midnight Amit heard a noise from outside the plane. He looked out of a window and saw something flapping in the wind. It was the wing of the plane!

Terrified, Amit woke his brother up and showed him the wing of the plane. Amit's brother was really scared. The two brothers went to tell the pilot what was going on. The pilot checked the back of the plane and grabbed a parachute. The pilot was a coward: he jumped off the plane to safety.

The plane was falling apart quickly. Amit and his brother took a parachute each and jumped. Amit's parachute worked fine but his brother's didn't open! Luckily they were over the sea and Amit's brother was safe. The plane's wing had fallen into the sea as well and the two brothers held on to it like a raft. 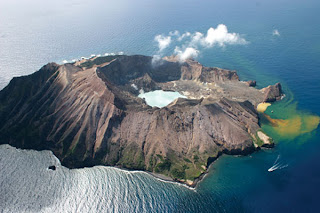 After one week adrift, a huge storm took the two brothers on an island made of animals' bones. On the island there were creatures that Amit had never seen before. Amit was hungry and went hunting. He ate anything he caught, sharing with his brother.

At sundown the two boys were getting scared because the bones that made up the island were glowing red and vibrating. When Amit touched the ground he felt it very hot. After a while lava came out from among the bones. The island was a volcano! The two boys climbed on the broken plane wing and floated away from the island.

The following morning they found themselves on a beach with golden sand. Amit looked around and saw a hut at the top of a mountain. He decided to climb the mountain but he did not know how. When he went near it he found an umbrella with no material and a rope. Amit tied the string to the umbrella and threw it up high. It got stuck between two rocks and Amit used the rope to climb up without injuries.

He found the hut at the top of the mountain and knocked on the door. A man came out and took Amit inside the hut. He gave him a hot chocolate and the newspaper to read. The man told him that they were in Hawaii. Amit went to look for his brother and took him to the hut. The two brothers used the man's phone to call their parents.

One month passed and Amit's parents finally came to pick them up. They went to Sweden where they started off a new life.