Horrid Henry and the Red-Headed Queen 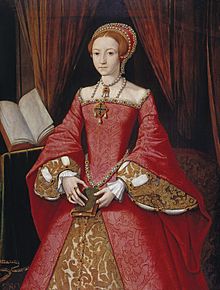 Horrid Henry was in a bad mood. He had been awake from early morning because he was going to London for the day with his mummy and Perfect Peter, his goody-two-shoes little brother

Horrid Henry was annoyed. He really wanted to visit the Natural History Museum and the Tower of London but Perfect Peter was too scared to even walk near them! Even worse, his mummy wanted to go to the National Portrait Gallery to see the portrait of Princess Kate. How boring!!

Horrid Henry was sick and tired of it all.  At least he was in charge of finding the portrait of Princess Kate but his brother managed to find it first. Perfect Peter got really close to Kate's portrait. Horrid Henry couldn't help it. He pushed the pest just a little bit and then it didn't look like Perfect Peter was so perfect anymore. He bumped into the painting and dropped it!

"Ha ha!" thought Horrid Henry. "Now he will get into big trouble." But his mummy thought it wasn't Perfect Peter's fault so Horrid Henry ran away before his mum pulled his ear.

He ran up to another floor and found a dark room. It had a sign that said: DO NOT ENTER. So Henry went in. It was full of pictures of Kings and Queens in funny clothes. Suddenly he felt a tap on his shoulder. He saw a little lady with a white face, funny red hair, a golden dress, a ball and a stick, and a big crown on her head. He jumped! There was no one in the room before. Was it a ghost?

The lady asked him: "Who are you, young man? I am Queen Elizabeth I and don't mistake me for Elizabeth II." Horrid Henry opened his mouth but nothing came out. "I'm glad I jumped out of that painting. I really needed a walk," she said. "Why are you in a bad mood?"

"Emmmmm. My little brother is a pest. I wanted to go to the Tower of London but mummy says he is too young to go and anyway he is too scared," said Horrid Henry.

"There's no problem with the Tower of London because I lived there once," she said. "I'll tell you what the the problem is: the museum is not on my map."

"What in the world is a GPS?" she asked, really confused. "Oh, and by the way, please call me Lizzie."

Henry felt that he knew something a Queen didn't know. "A GPS is like an electric compass," he said.

"Ok a compass I know," Lizzie said. "But what is electricity?"

"It's like a candle with a switch," Horrid Henry said.

"Emmm?" Lizzie was confused! Horrid Henry gave up. They walked about and ended up in front of the giant dinosaur model in the main hall of the Natural History Museum. "Wow!" said Horrid Henry.

"Aaaaah!" screamed Lizzie. "How did that happen. Is it a real monster?"


Horrid Henry wanted to show her that it was not real, so he went right up to it and shook it. It shook and wobbled and fell in one big pile! They escaped up the big stairs which, mysteriously, led to the Tower of London!

Henry was shocked. Lizzie showed him a Palace Room with a big big bed, a chapel and lots of coats of arms with lions on them. She even showed him animals which lived in the Tower when it was a zoo! But then Lizzie took him to the prisons where he saw names carved on the wall. Even worse, he saw the place where naughty people lost their heads. Horrid Henry was really scared. Was he going to lose his head? He was a naughty boy!

Suddenly he thought he was being poked by a spear! But it was a raven who bit his behind! Lizzie laughed and laughed and then he was back in the room with the DO NOT ENTER sign and the Queen was back in the picture. At least Lizzie had given him a jewel from her crown so he could use it to go in and out from the picture!

When he saw his mum running up to him he was going to jump inside the picture but she reached him first and pulled his ear. "Thank you mum! At least you didn't chop off my head!" said Horrid Henry. He was so happy that he kept his head on at the Tower of London! He became a good boy... for... one hour!